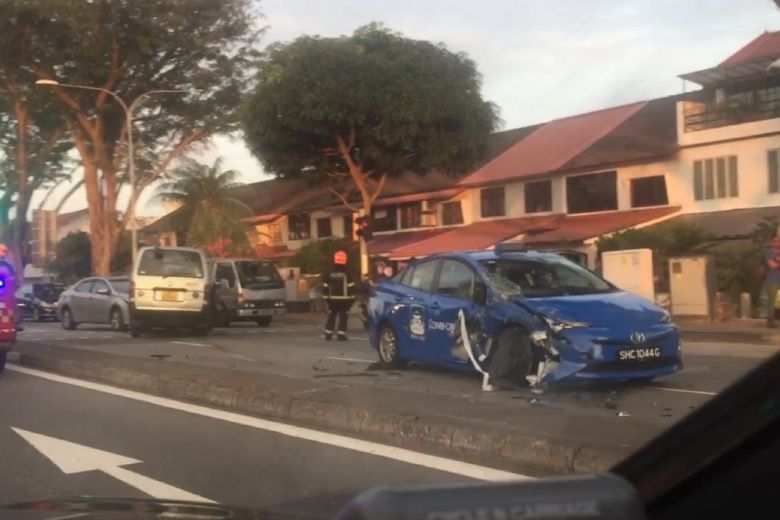 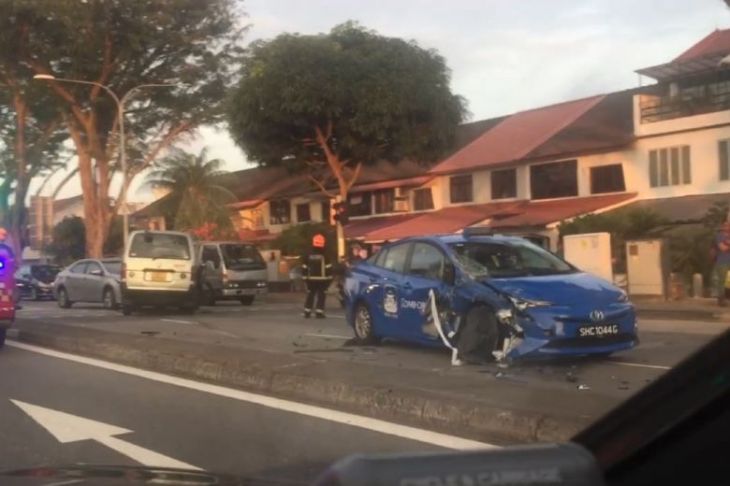 The mishap, which took place to Bendemeer Road before Aljunied Road, included a van, a vehicle, and a ComfortDelGro taxi.

Police and the Singapore Civil Defence Force said they looked out to the mishap at 6.40 pm.

The SCDF sent out a fire truck, a red rhino, two fire bikes and two ambulances to the scene.

Video of the aftermath circulating online show the van and the car in a head-on collision. The van is facing the wrong side of the roadway. The damaged taxi, with its front ideal side trashed, is likewise seen.

The Straits Times understands that the van reviewed the divider into the opposite-facing lane.